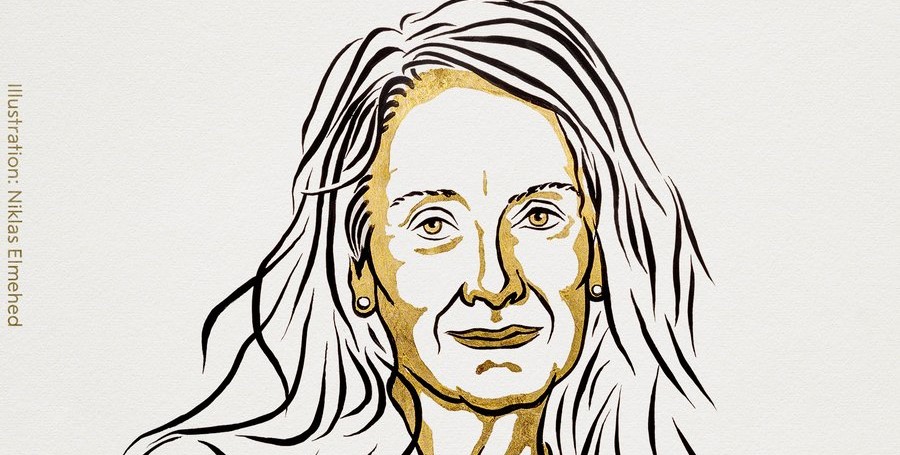 Where to start reading this author's works? If you're like me, this French author's works may have not been on your radar until she won the Nobel Prize for literature in October of 2022.  Her debut was Les armoires vides, published in 1974 in France and as Cleaned Out in English in 1990, but is that where someone new to this author should start reading her body of work? Maybe it would be better to read the 2008 Prix Renaudot winner The Years, her autobiography, which was shortlisted for the Man Booker International prize in 2019 (translation by Alison L Strayer). But would knowing too much about her influence your impression of her other work? You could argue that starting with The Years is as good a place as any as almost everything she's written is about an important event in her life -- the deaths of her father and mother, the illegal abortion she had in France in the 1960s, her first sexual experiences… but three members of the literature committee at the Swedish Academy recommend starting with Happening (L’Événement), A Man’s Place (La place) or I Remain in Darkness (Je ne suis pas sortie de ma nuit).

The publisher describes Happening as an account of Annie Ernaux at twenty-three and unattached, realizing she is pregnant in 1960s France. Shame arises in her like a plague: Understanding that her pregnancy will mark her and her family as social failures, she knows she cannot keep the child. In a France where abortion was illegal, she attempted, in vain, to self-administer the abortion with a knitting needle. Fearful and desperate, she finally located an abortionist and ended up in a hospital emergency ward where she nearly died. In Happening, Ernaux sifts through her memories and her journal entries dating from those days. Clearly, cleanly, she gleans the meanings of her experience.

A Man’s Place (La place) is a biographical novel about Annie Ernaux's father. He died exactly two months after she passed her practical examination for a teaching certificate. Barely educated and valued since childhood strictly for his labor, Ernaux's father had grown into a hard, practical man who showed his family little affection. Narrating his slow ascent towards material comfort, Ernaux's cold observation reveals the shame that haunted her father throughout his life. She scrutinizes the importance he attributed to manners and language that came so unnaturally to him as he struggled to provide for his family with a grocery store and cafe in rural France.

I Remain in Darkness (Je ne suis pas sortie de ma nuit) is an extraordinary evocation of a grown daughter's attachment to her mother, and of both women's strength and resiliency. It recounts Annie's attempts first to help her mother recover from Alzheimer's disease, and then, when that proves futile, to bear witness to the older woman's gradual decline and her own experience as a daughter losing a beloved parent.

Anders Olsson, chair of the Nobel committee, describes Ernaux’s work [as] … "uncompromising and written in plain language, scraped clean,” … when she with great courage and clinical acuity reveals the agony of the experience of class, describing shame, humiliation, jealousy or inability to see who you are, she has achieved something admirable and enduring.”

With these recommendations I hope you'll find your way into this Nobel Laureate’s work – see below for a list of titles held at OPL. I’ll be starting with Happening and am looking forward to many thoughtful and moving reads in the future.

Here is a list of books in French and English and in many different formats by the winner of the 2022 Nobel Prize for Literature.